Military police protect the lives and property on Army installations by enforcing military laws and regulations. They also control traffic, prevent crime and respond to all emergencies. 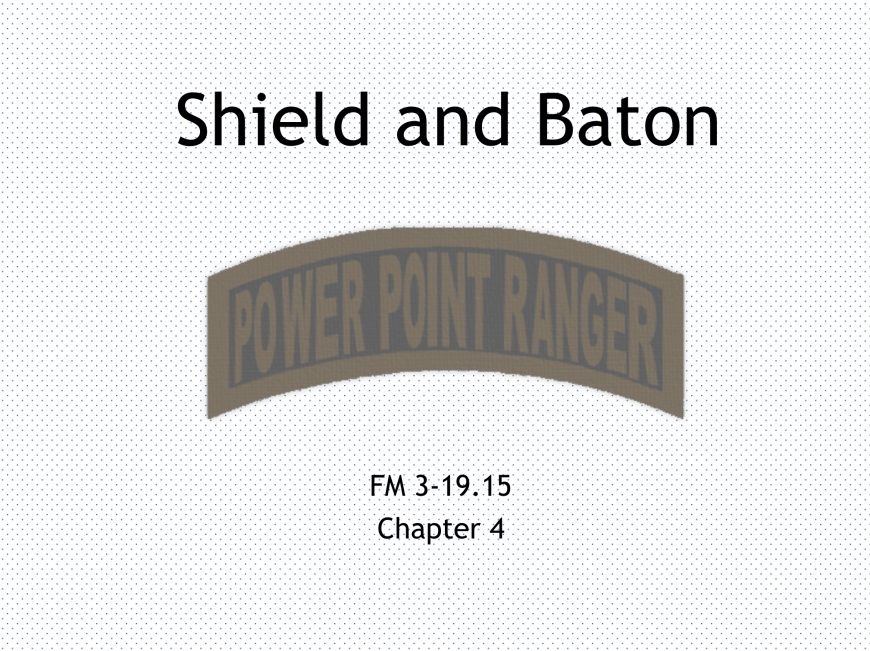 The Shield and Baton
$0.99
Already purchased? Log In
Class 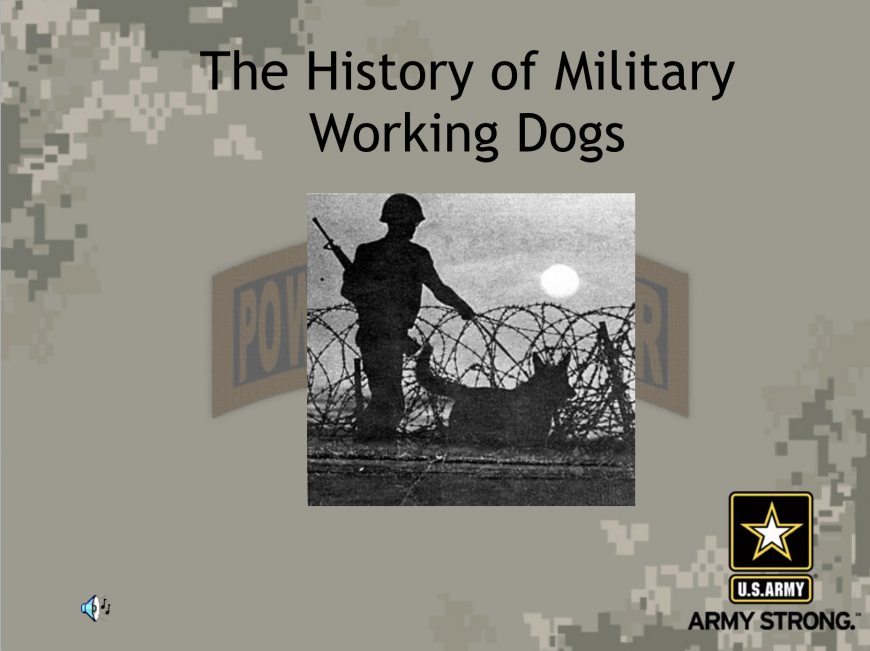 The military began casual use of dogs as messengers, sentries, and guards; most though were used as mascots to keep up the morale of the regiment. Find a lot more info on Military Working Dogs in this Pre-made Powerpoint Class. 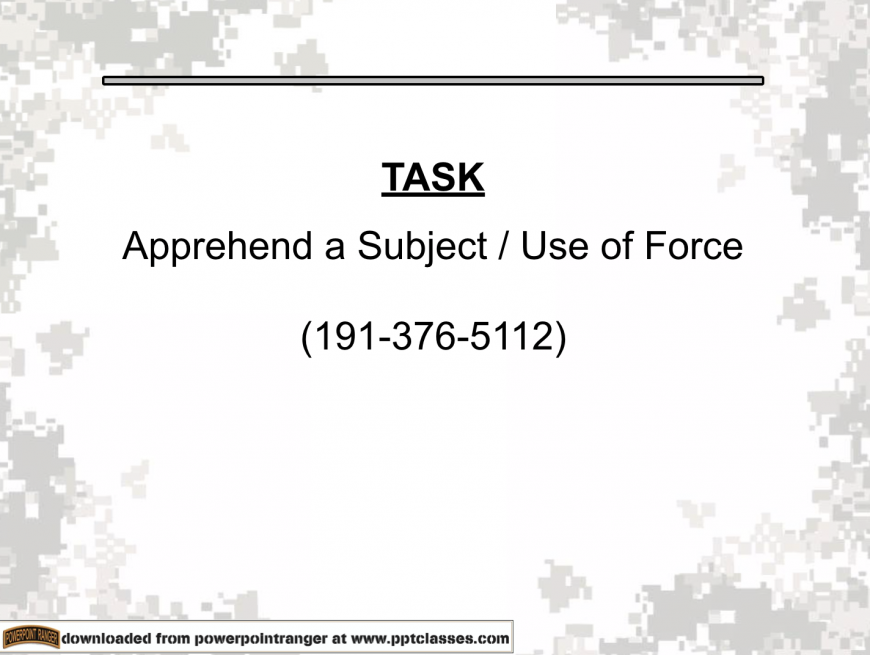 Apprehend a Subject with Force
$0.99
Already purchased? Log In
Class

PPT Class for military police about Apprehending a subject with use of Force. An extensive class with over 90 slides. "Apprehend the subject after determining that probable cause exists by using the minimum force necessary and ensuring that the subject is thoroughly searched for weapons and/or contraband." 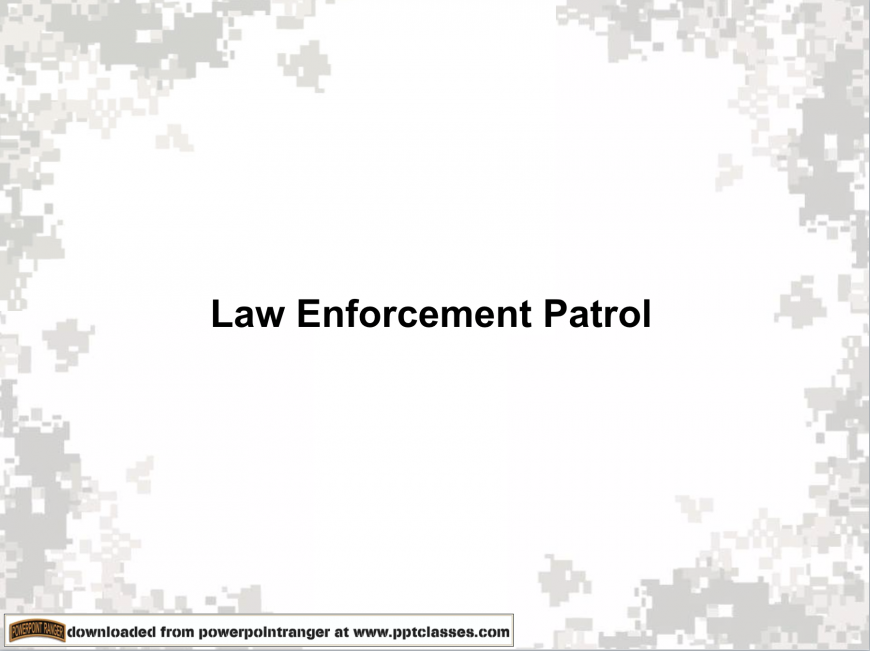 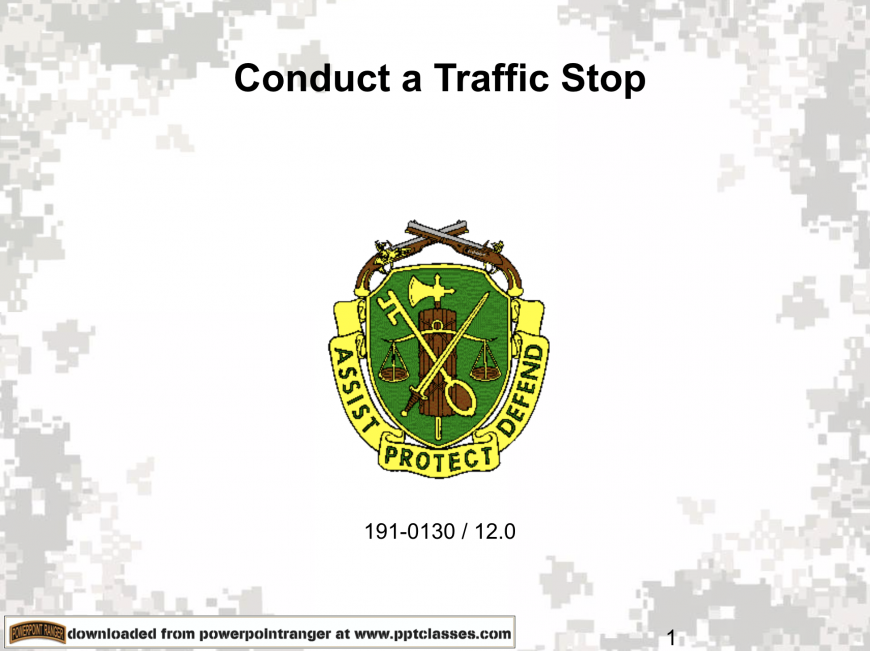 Material covered during this lesson will be evaluated during a written and/or hands-on performance evaluation.

Search a Commercial Cargo Vehicle for Explosives or Prohibited Items