Code of Conduct, Ethics, UCMJ and Law of War

The Uniform Code of Military Justice is legislation that is contained in Title 10 of the United States Code, it is the military’s criminal code. It was enacted in 1950 as a major revision of then-existing military criminal law, and became effective the following year. The structure of the 1950 UCMJ and the 1951 MCM provided substantial guarantees of an open and fair process that continue to exist today. The UCMJ has been amended on a number of occasions since then, with significant changes occurring in 1968 and 1983. Some of the primary changes enhanced the role of trial judges. The need for qualified military judges, who were experienced attorneys, to be in charge of the judicial process and all courts-martial was made clear. Also, the requirement to have a licensed attorney as defense counsel in courts-martial was established. In 1984, there was another substantial revision to the MCM and the military rules of evidence became substantially the same as the Federal Rules of Evidence used in our Federal court system. The procedural requirements were also changed into Rules for Courts-Martial. 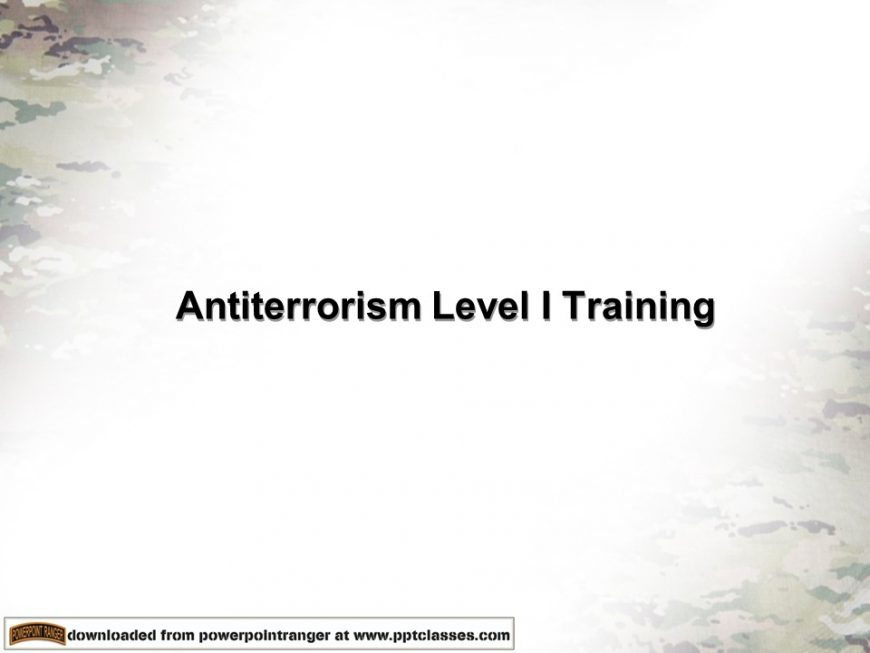 Every Member of the Army plays an important role in preventing terrorist acts. By embedding antiterrorism principles and concepts, we protect the community from terrorism. By understanding the indicators of potential terrorist activities and reporting suspicious behavior local law enforcement, our community members serve as “sensors” and enhance and extend the Army’s protection posture. 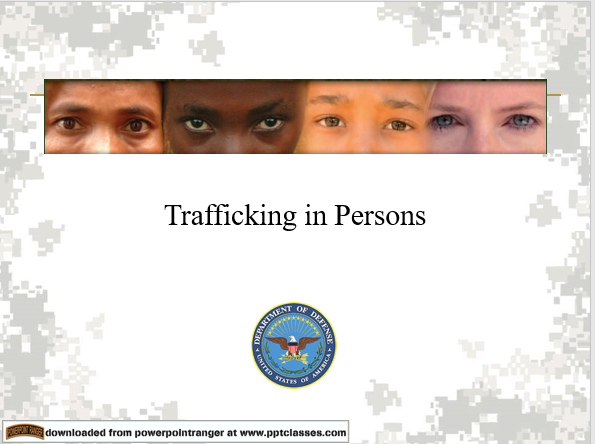 A power point class on trafficking in persons (TIP). 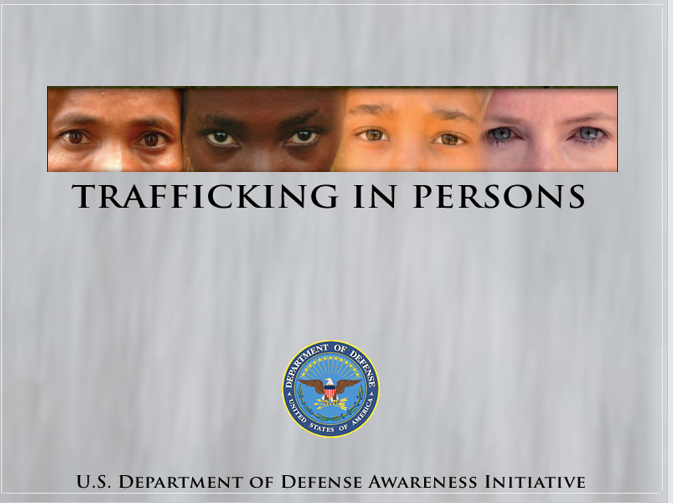 A power point class on trafficking in Persons 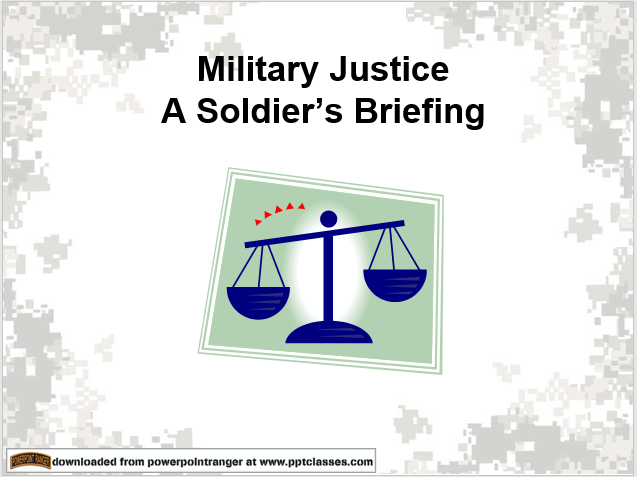 A power point class on military justice for soldiers briefing 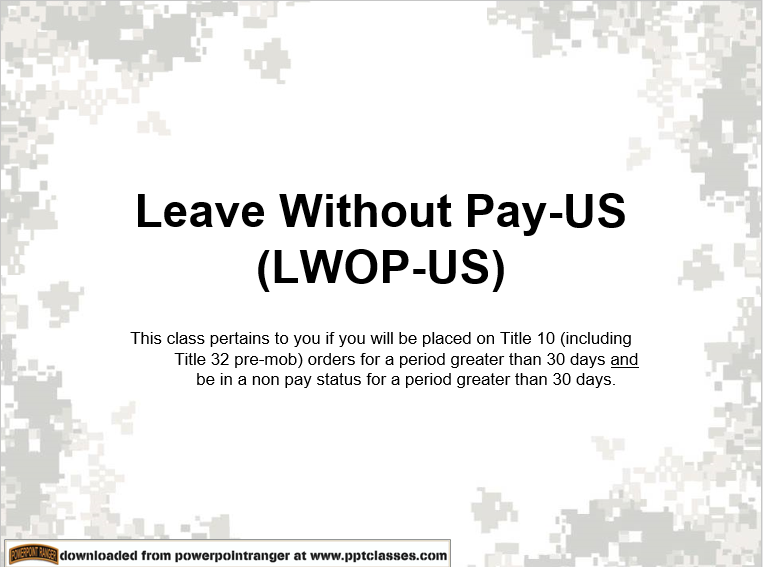 A power point class on leave without pay. 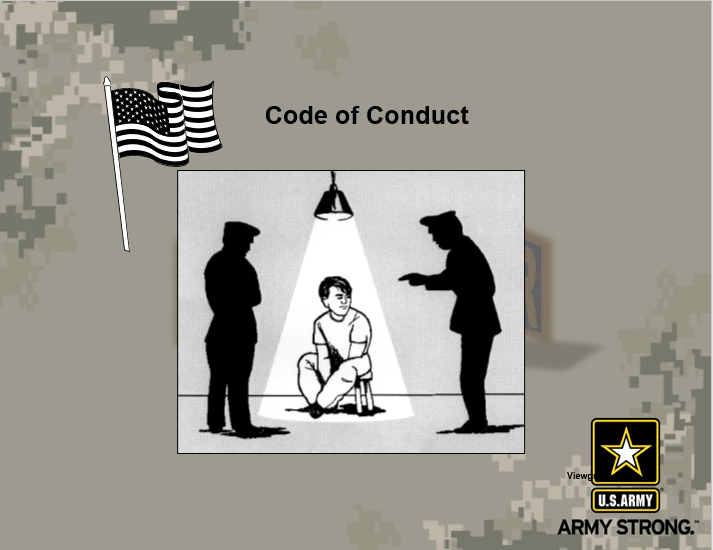 Code of Conduct and Survival
$0.99
Already purchased? Log In
Class

A power point class on the code of conduct and survival. 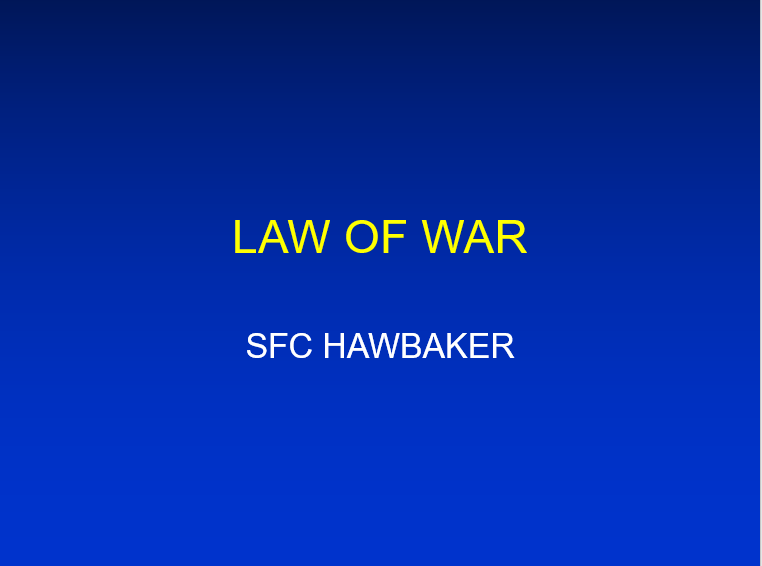 A power point class on the Law of War

Nonjudicial punishment is imposed to correct misconduct in violation of the UCMJ. Such conduct may result from intentional disregard of, or failure to comply with, prescribed standards of military conduct. Nonpunitive measures usually deal with misconduct resulting from simple neglect, forgetfulness, laziness, inattention to instructions, sloppy habits, immaturity, difficulty in adjusting to disciplined military life, and similar deficiencies. These measures are primarily tools for teaching proper standards of conduct and performance and do not constitute punishment.

The Code of the U.S. Fighting Force is a code of conduct that is an “ethical guide” and a United States Department of Defense directive consisting of six articles to members of the United States Armed Forces, addressing how American military personnel in combat should act when they must “evade capture, resist while a prisoner or escape from the enemy.” It is considered an important part of U.S. military doctrine but is not formal military law in the manner of the Uniform Code of Military Justice and public international law (such as the Geneva Conventions).